Greetings from the Festival

The Alexander Stone, the first stone to be laid at the Australian Standing Stones Monument marked its 29th year on September 7th 2020. It was a great pleasure to be invited to the celebrations in which Australian Standing Stones Management Board (ASSMB) Chairperson, Judi Toms stood by this uniquely rounded moss covered tor and informed us of its beginnings. Buried deep into its base are items representing some of the Gaelic Nations that we currently celebrate, a fun and fascinating tidbit adding to the already unique story of the Alexander Stone and of course the whole wonderful Megalith architecture that is the centrepiece of our annual Australian Celtic Festival held the first weekend in May here in Glen Innes. 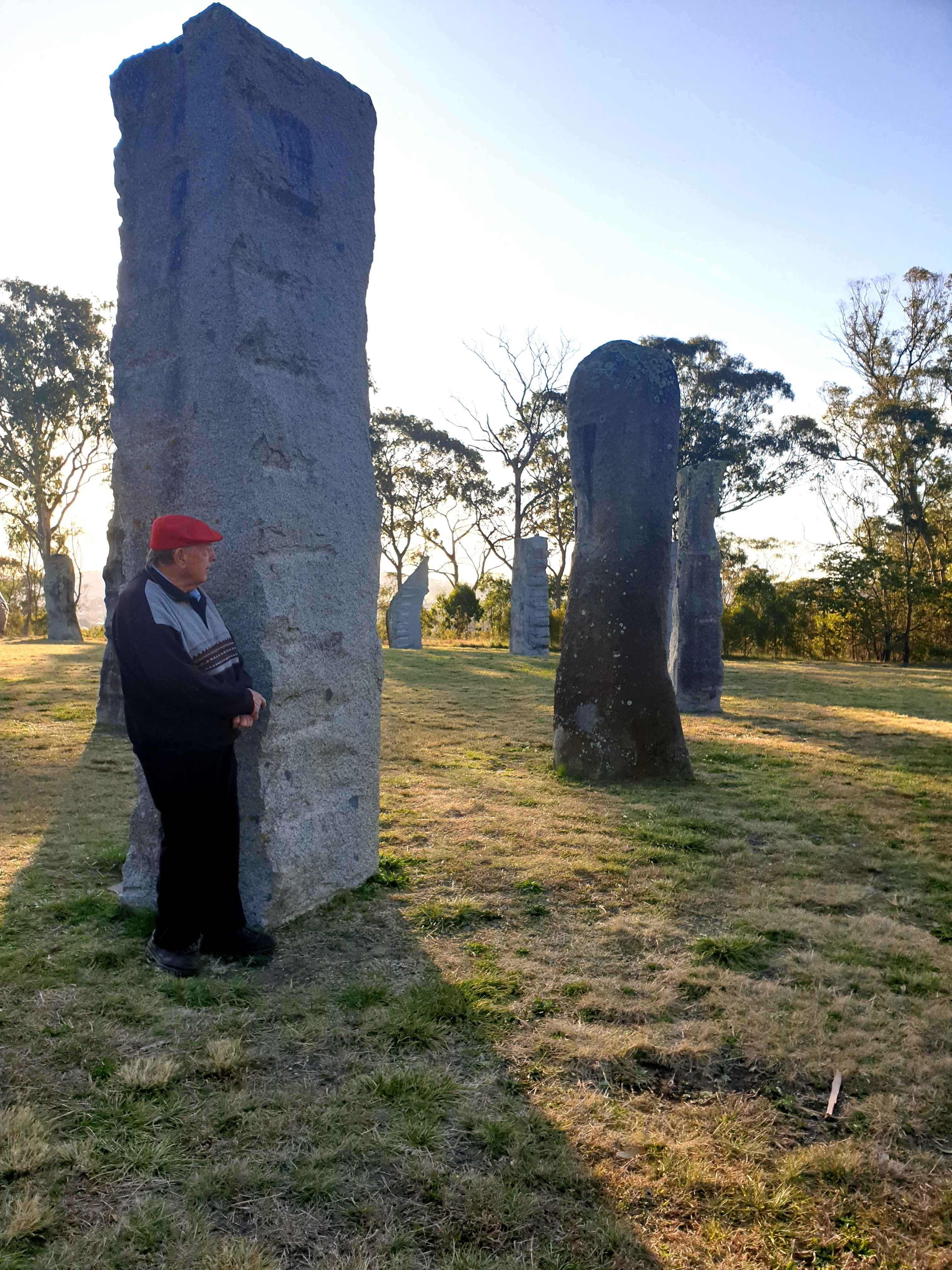 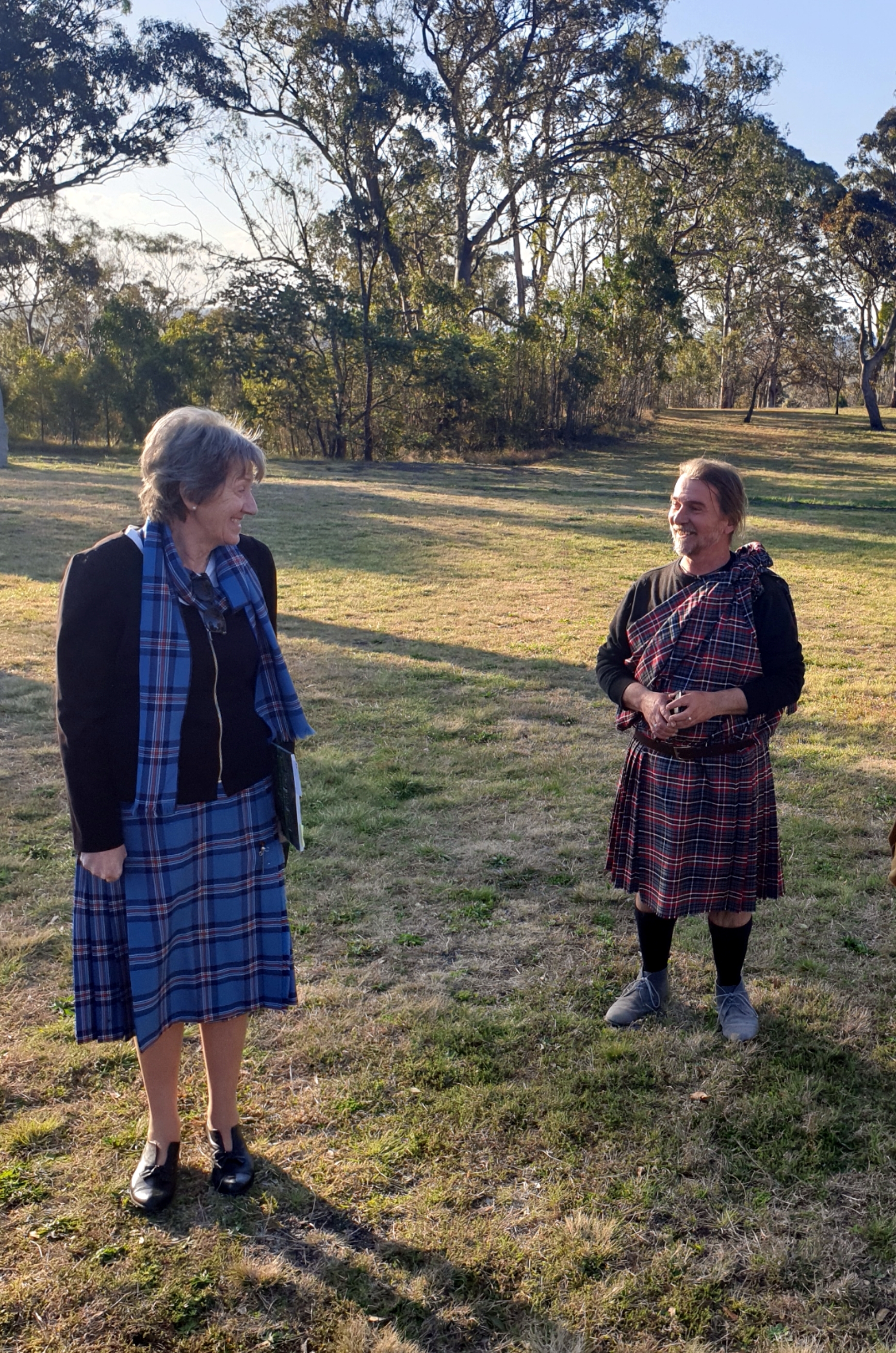 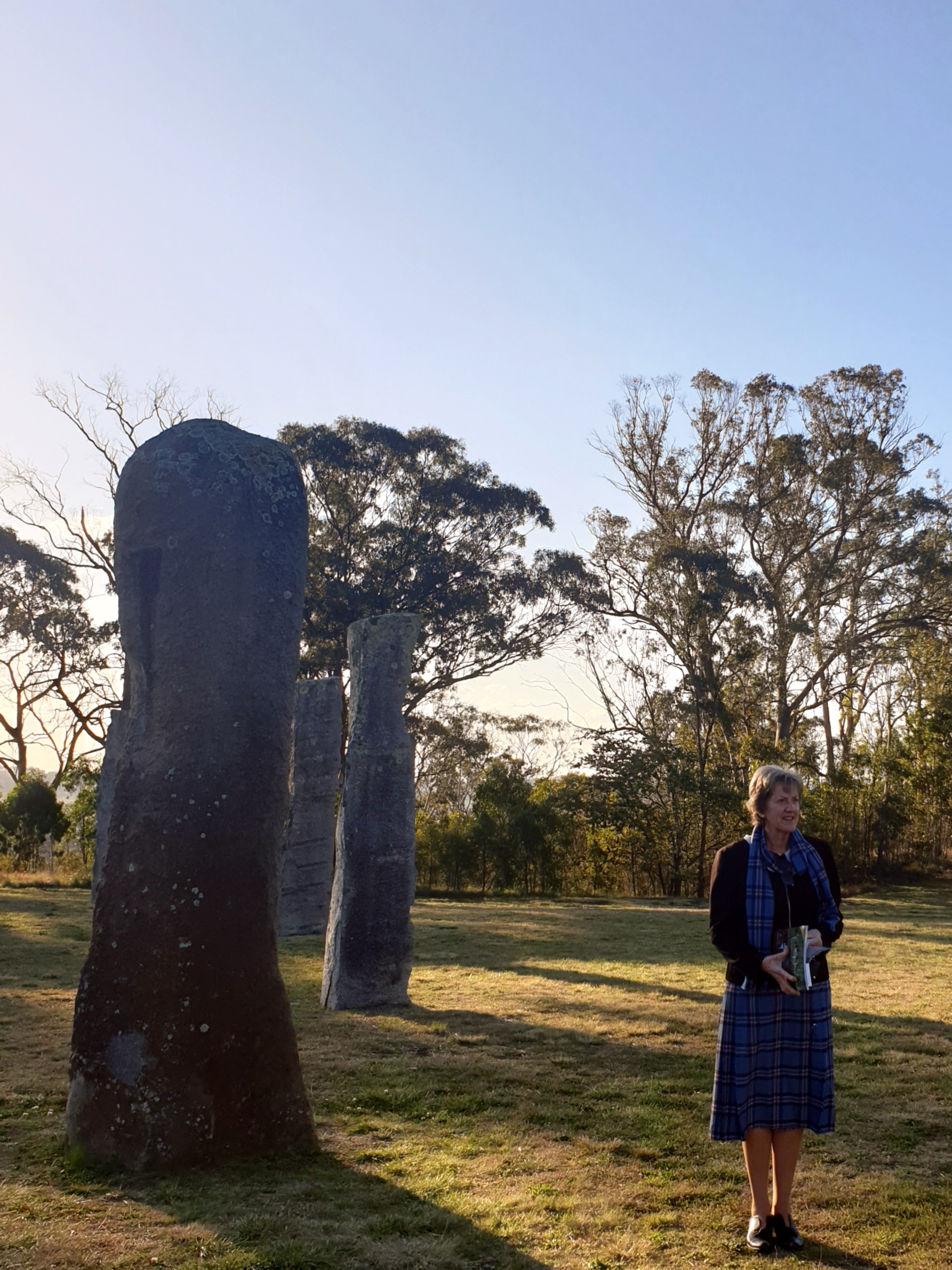 We have some wonderful pieces for you to read in this month’s newsletter. Spring certainly is putting on a show here in Glen Innes, the yellow shock of wattle behind the entrance has caught many eyes including those of Australian Standing Stones Board Member (ASSMB) John Rhys Jones. His article called Dancing the Celtic Seasons is a celebratory read. Garek Fysch D Ua Chair of The Caledonian Society Glen Innes has a wonderful story on two of Scotland’s mythological creatures Selkies and Kelpies.  John Mathew D Ua is one of the original members of the ASSMB and has witnessed the birth and development of the Stones. John has written and published a number of poems and is also the author of the History of the Australian Standing Stones. All these publications are available through the Glen Innes Highlands Shop. 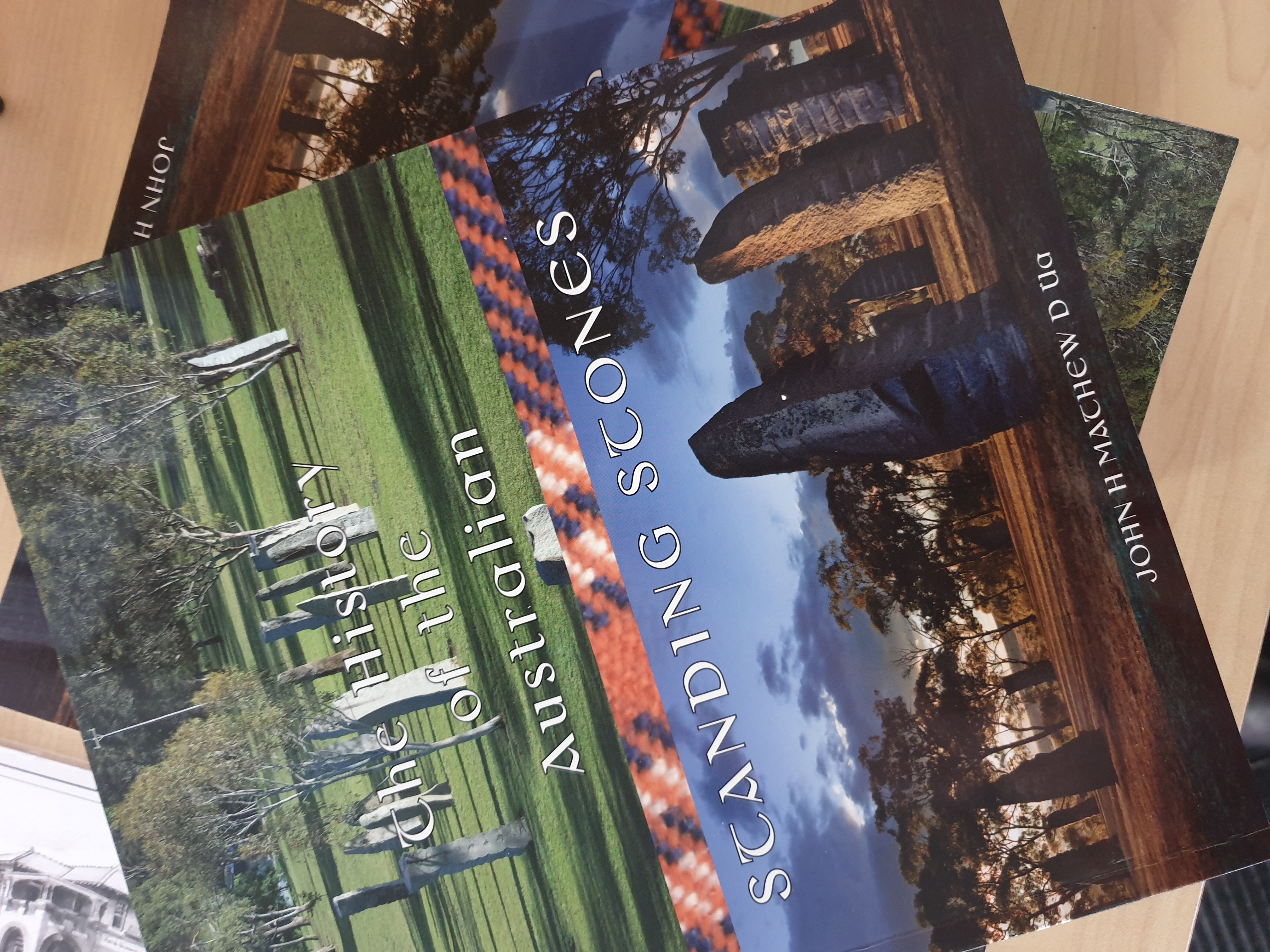 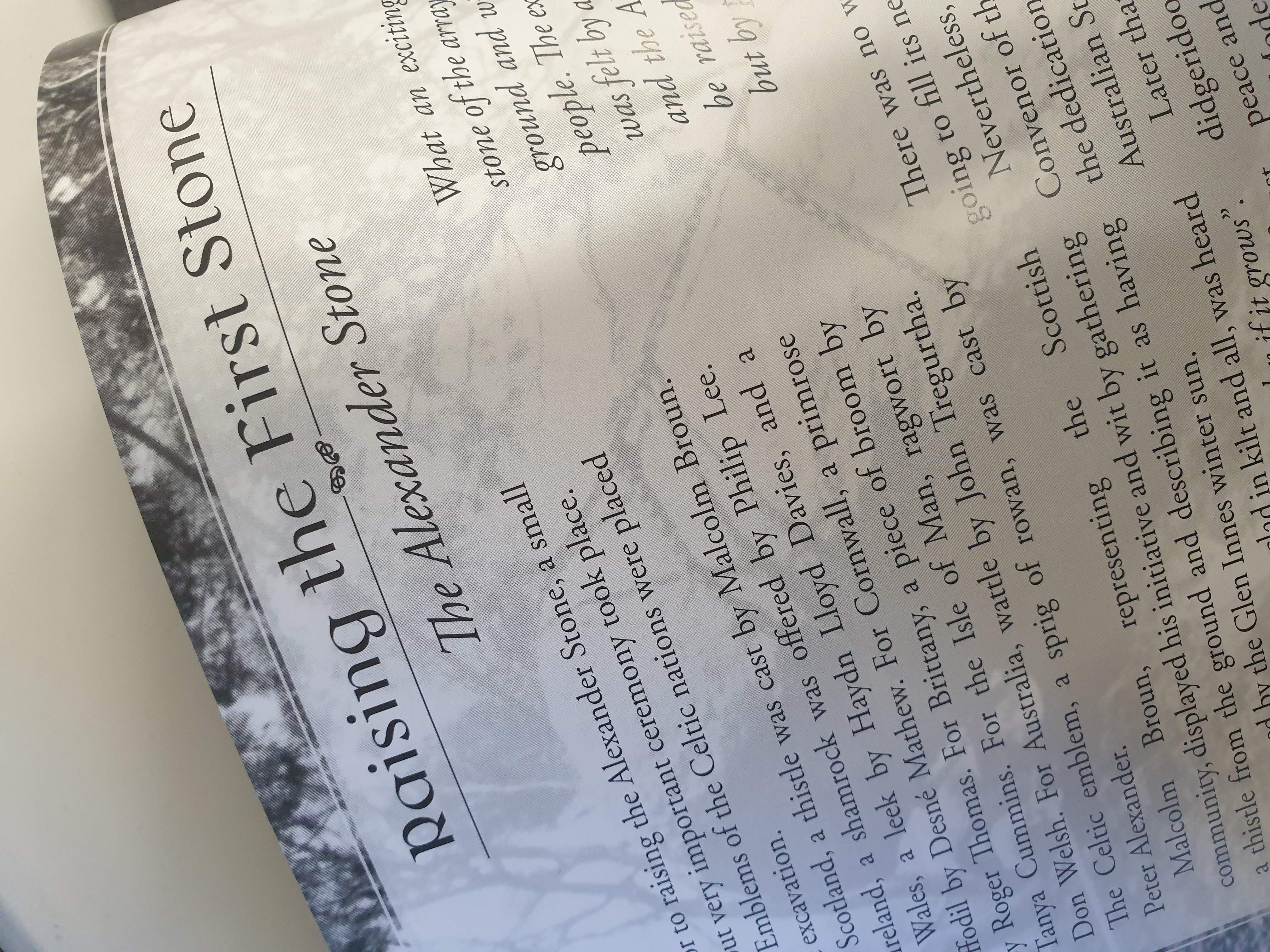 ‘Innovation’ was written to acknowledge the solar noon shadow project when it was being constructed at the Stones and will be a focal point for the ASSMB’s spring equinox celebrations on September 22nd beginning at 10.45 with a free guided tour of the Stones, hope to see you there. 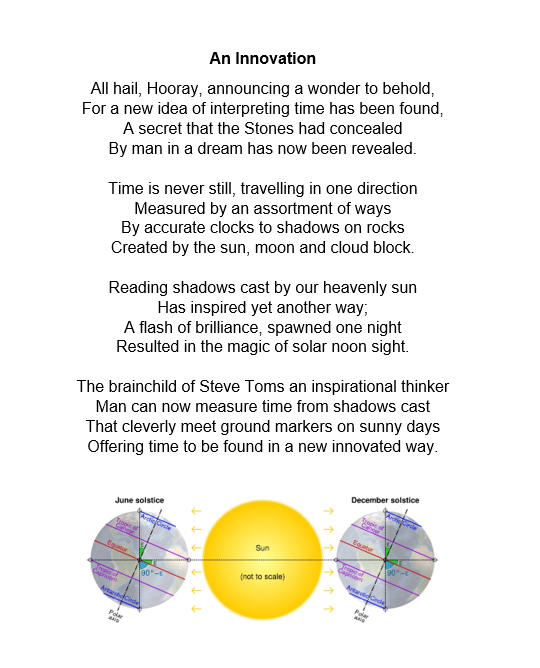 An interesting link for all our Australian Celtic Festival newsletter followers is from Alastair Kneale, President of the London Manx Society. His website Transceltic is well worth venturing into. 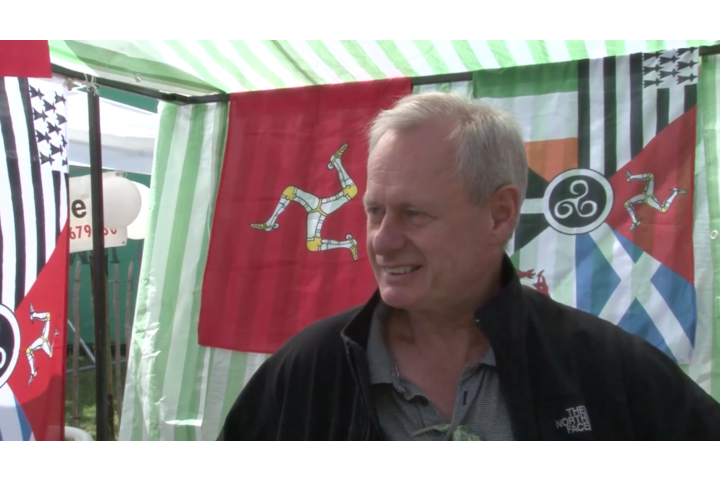 Scotland is a treasure house of stories, myths and legends, which have inspired writers, artists and poets for centuries. Robert Burns and Robert Louis Stevenson both recalled the tales of ghosts, magic and witches they had heard as children.

Selkies or selkie folk are mythological beings capable of therianthropy, changing from seal to human form by shedding their skin.

The folk-tales frequently revolve around female selkies being coerced into relationships with humans by someone stealing and hiding their sealskin,

In Gaelic, selkies are most commonly referred to as maighdeann-mhara in Scottish Gaelic, maighdean mhara in Irish, and moidyn varrey in Manx (“maiden of the sea” i.e. mermaids) or as maighdeann-ròin, (“seal maiden”).

Unlike mermaids and sirens, Selkies are both predator and prey. Oftentimes gentle and beautiful, sometimes, dark and malevolent.
Selkies shed their skin to change from seal to human form. Terrible and handsome, selkie folk come ashore to seek out men and women restless in love, to drag them to the ocean’s depths where they can be lovers.
But selkies are at risk of being trapped by having their seal skins stolen. Without their skin, the selkie is no longer able to return home and is forced to remain a part of human society.
The selkie is under the hold of the human who has possession of their skin, and can be forced into marriage. While in human form, selkies may have children and be a good and loyal partner. Yet – if reunited with their skin, the selkie will return immediately to the sea, without even a backward glance.
Kelpies are shape-shifting water horses that haunt Scotlands lochs and rivers. They appear as black ponies and are able to take human form. The kelpie would entice people to ride on their backs before taking them down to a watery grave. Luckily they are easy to spot due to their constantly dripping manes and the fact that they retain their hooves when appearing as a human.

The Australian dog breed, which was originally black in colour, takes its name from this Celtic mythological creature.

At the Australian Standing Stones, Spring was greeted with a burst of yellow from wattle trees scattered about its bushland periphery and at the main entrance to the precinct. The start of September is reckoned as the beginning of Spring in Australia, using the meteorological definition based on our annual temperature cycle. This differs from the astronomical definition,  based on the position of Earth in its orbit about the Sun, which commences Spring at the vernal equinox, when the sun is directly overhead of the equator (countries like Britain, in Europe and the US traditionally use their Spring equinox date). The Celtic speaking people of Europe marked the coming of Springtime a month before the meteorological definition, at the mid-point between the shortest day and the equinox, at the festival of Imbolc today marked as St Brigit’s Day, which in Australian seasonal terms is the start of August. 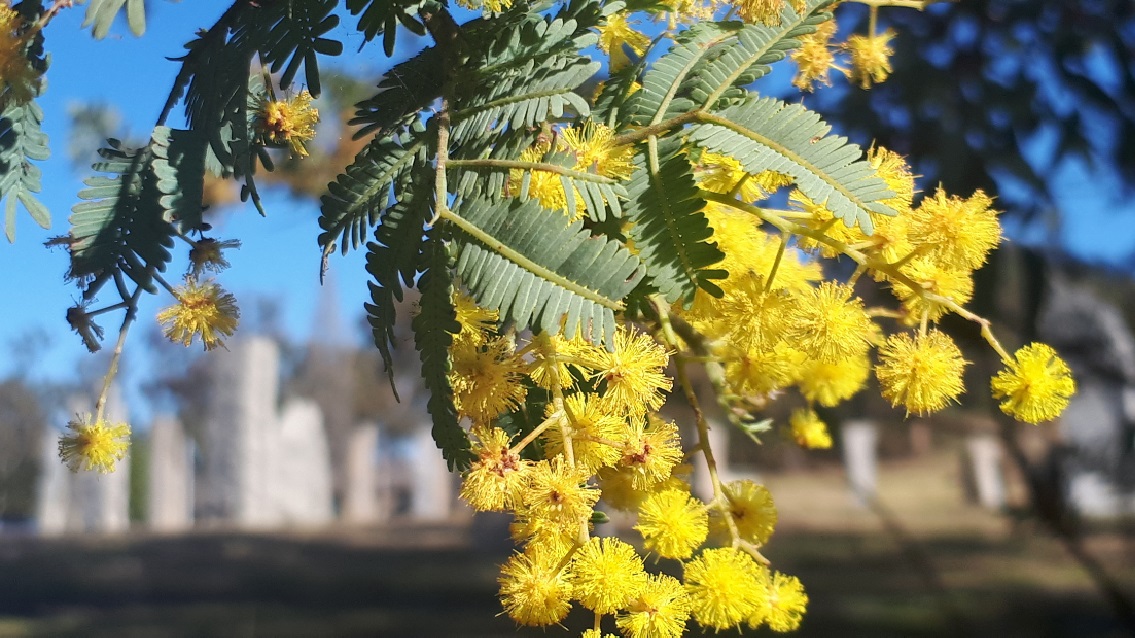 During August and into September, with the light of day lengthening, the Glen Innes Highlands enjoys the Springtime transformation away from sub-zero nighttime temperatures and chill days to much noticeably lighter and milder days, with nature responding in wattles bright with yellow, cherry and other blossoms of pinks and white, and fine greenery budding and growing in the trees of our parks and gardens.

September as a month of new and renewed growth has a companion celebration at the Australian Standing Stones, for on Sept 7th the first Stone of the array, the Alexander Stone, was put in place (29 years ago this year), and so the venue of the Australian Celtic Festival began its life in Spring.
The more recent addition of the Solar Noon shadow markers, conceived and constructed by Cr Steve Toms, provides a way to celebrate the time of astronomical Spring at the vernal equinox on Sept 22nd, by observing the noonday shadow pass over the equinox marker.

The Solar Noon array marks the shadow cast at the height of the sun every day. It has markers for the equinoxes and solstices. At the natural midday, the sun casts its shortest shadow of the day, and the shadow points to true south. At the winter solstice, the longest such shadow is cast, while at the summer solstice the shortest shadow is cast. The shadow lengthens and shortens during the passage of the year, but the length of the shadow does not change in a simple, linear way.

To mark the solstices, with the longest and shortest noontime shadows, is straightforward in principle, discovered by measuring the shadow and marking the two extremes in length. But how are the equinoxes worked out?  The sun rises directly to the east on the equinoxes, so the sunrise is at right angles to the north-south line that the noonday shadow follows. This means that sunrise can be observed compared to the perpendicular direction from the shadow, and the equinox identified. The last thing to do, then, is mark where the shadow is cast at solar noon. 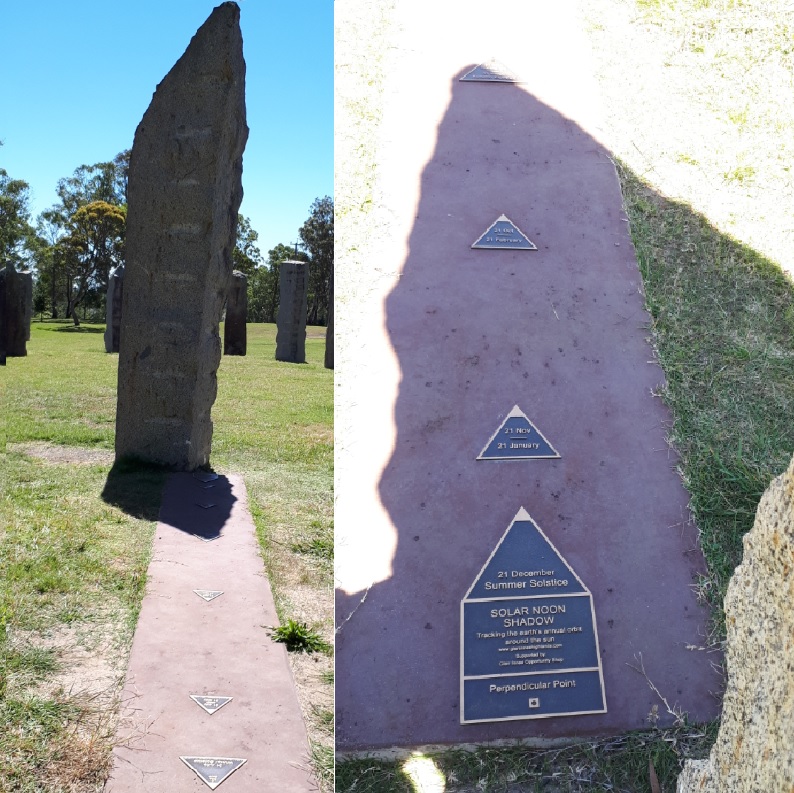 This all means that the astronomical seasons could readily have been marked and celebrated in very ancient times – using no more than a large stone or pole to cast a shadow at noon, some precision observations, and patience. In ancient times, when the megaliths of Europe were constructed, any farm or village could in principle have had a season marker to help with agricultural timing, and to act as a calendar to celebrate the seasons. The stone circles will have often been more highly developed elaborations on these astronomical themes. Both are on display at the Australian Standing Stones National Celtic Monument to enjoy.

From the four astronomical turning points, the Celtic cross-quarters falling midway between the equinoxes and solstices came to be established, in tune with meteorological, agricultural and cultural cycles. The Celtic system can be traced back some two and half thousand years.

A calendar known from ancient Gaul (the ‘Coligny Calendar’) was inscribed in bronze around 1,800 years ago, recording a well-established Celtic calendar system estimated to have been developed some six hundred years before that. Inscribed during the Roman suppression of the druidic class in Gaul, it may have been recorded as an act of preservation. Its months are named with seasonal or agricultural references. On it we find months named for Summer (mids Samon, the first month) and Winter (mids Giamon, the seventh month). These Gaulish names can be seen continued in the Irish Sanas Cormac (the ninth century Cormack’s Glossary), at the major cross-quarter months: ‘cetsamun’, ‘first summer’, equivalent to May, and ‘mí gaim’, ‘month of winter’, equivalent to November; The modern primary seasons in Irish are called Samhradh and Geimhreadh, respectively.

The Celtic peoples from ancient times celebrated Springtime as the season of Light. Springtime spans the ancient Gaulish calendar in its last three months starting at the time of the Imbolc cross quarter, called mids Elembiuos, mids Edrini (containing the equinox) and mids Cantlos. Their names hold the meaning of ‘life/nurture’ (Celtic root *bivo-), light (Irish Aedh) and songs (I/W canu, Celtic *cantla), respectively. These three months prior to the northern May (southern November) record the renewal of lighter days, and the flourish of birdsong and happiness as the summer approaches. To compare, the autumn months are centred around the autumn equinox month mids Ogron, whose meaning is ‘cold’ (W/I Oer/Fuar).

Celtic nature poetry celebrates the seasons in another way, and in the flowers of springtime our friends the bees tirelessly work to gather pollen, and in so doing ensure the world of its flowering plants. Here is a short piece in celebration, published in ‘Early Irish Literature’ compiled by Miles Dillon in 1948, translated: 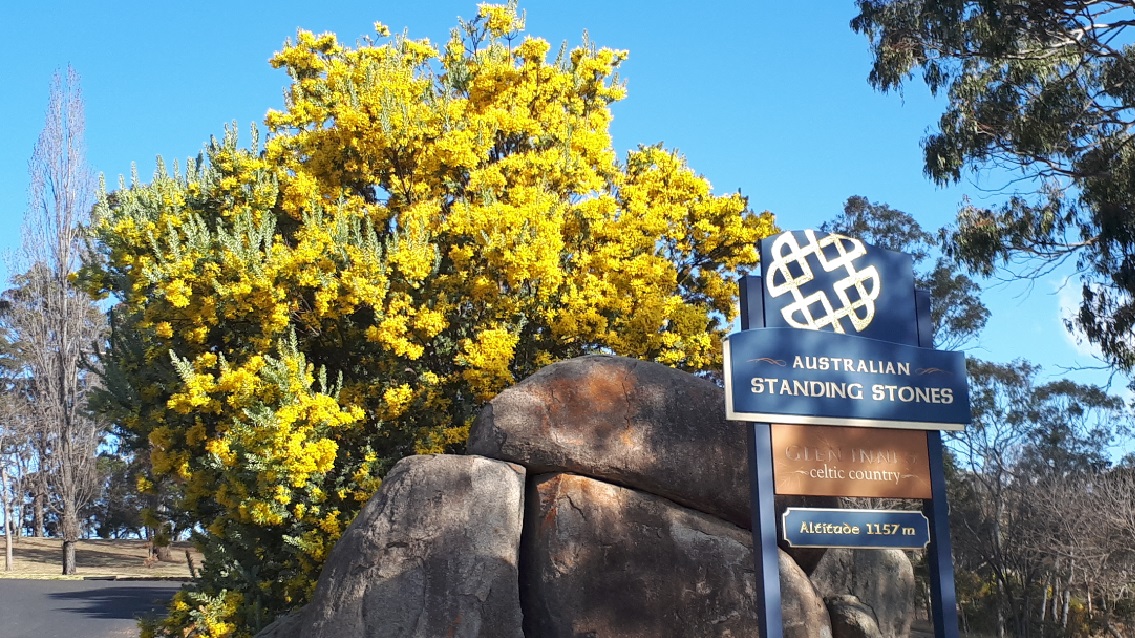 ‘The Yellow Bee’
Nimble is the yellow bee from cup to cup,
he makes a great journey in the sun,
boldly he flits into the wide plain,
then safely joins his brethren in the hive

The solar noon array, so elegant an innovation to have been added to the precinct of the Australian Standing Stones, can be enjoyed anytime, including at the Australian Celtic Festival held at the cross-quarter time in May. When you have a look, think of how significant and fundamental such solar observations have been over such a long time!

Other News and Updates

Next month we’ll have more updates for you on the 2021 Australian Celtic Festival – Year of Ireland & Isle of Man as well as more featured articles from our guest editors.